Lexi over at A Blasted, Cratered Land has requested the following prompt for her secret-santicorn:

"Skyscraper Mimics (and other Structural Horrors)"

Mimics are pretty much just traps-as-monster. They most iconically take the shape of treasure chests and subsist on a diet of greedy adventurers. They can be dealt with through caution, thorough checking with a long pole, or through tell-tale signs and prior experience.


So if you just took that concept and made a classic mimic HUGE- say, skyscraper-sized - and gave it the form of a tower or other vertical building, it might just eat anything greedy enough to go inside.

There are two paths here I could think of. Either a long drawn out existential horror version of a sphere of annihilation at the end of a hallway with no save and just eventual death that will definitely make players hate you~
"You've reached the top! The treasure you find within is...A FLESHY STOMACH THAT IMMEDIATELY FINISHES THE DIGESTION PROCESS! GAME OVER, SUCKERZ!"

OR you can make it a challenge, which strikes me as the sort of gameable that would let me keep my group.


How to Kill a Building

Not with a sword, at least traditionally.

Maybe the characters are aware that a structure is living, maybe they aren't.

But you don't kill a skyscraper mimic (or a Monster House/Living Dungeon) in normal combat.

Imagine each room is a part of the body, and the adventurers are a virus or other hostile foreign body. The body dispatches defensive mechanisms to eat and dispatch the foreign matter - perhaps white-blood-oozes, or baby mimics, or symbiotic parasites. The foreign element is either dispatched and removed, or it overcomes the bodies defenses, eventually killing it.

That's pretty much how most dungeons work already, right? 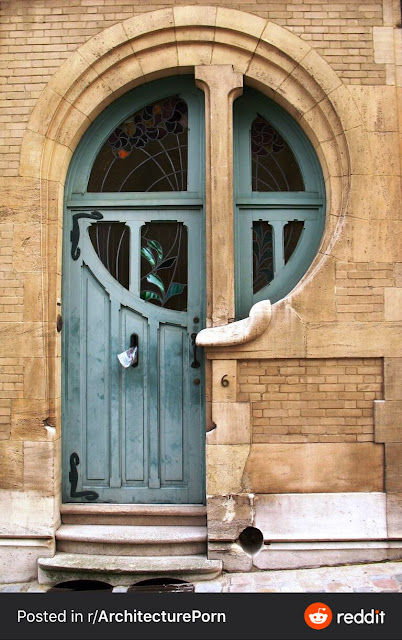 By far the more popular choice, this method involves clearing (destroying) a certain number of rooms in the structural monster. Kill and remove all the living defenses and traps, remove the valuables (down to the brass door knobs), and deface and graffiti anything left.

Do this for a majority of the rooms (70-80% to be safe) and the structure horror will die. Unfortunately this will also kill any remaining treasure-bugs or potentially valuable artifacts, as they decompose and evaporate.

Shot through the heart

The other known method to kill a structural horror is to "slay" or grievously injure the "heart" or "brain" or equivalent vital structures.

Such structures are invariably well hidden and guarded, so even finding the secret doors that lead to a vital structure is a legendary task. Should you find the right room though, you can potentially strike down the structure in one blow.

Some of the more popular vital structures are listed below.

"Brain"
HD: 9
AC: As Chain
Attacks: Electrical feedback and neuron tendrils strike out at foes nearby. Save vs Dragon Breath each round and when damage is dealt to brain. Take damage as Lightning Bolt on failure.

"Heart"
Stats: As Immobile Dragon
Attacks: At the top of each round, the heart convulses, expanding 15 feet around it as it beats. It deals severe bludgeoning damage in this radius.

The remains of these vital structures are exceedingly valuable alchemical components, and their death will also remove the living defenses but will leave the treasure and valuables left in the structure unharmed.


I'd plug donjon as the layout generator of choice depending on your system.